How Does CBD Work?

As students, we were taught about the anatomy of the human body and the major organ systems inside all of us. They consist of skeletal, muscular, digestive, circulatory, urinary, respiratory, reproductive, nervous, endocrine, lymphatic, and integumentary systems. Did you know we also have another system inside that also allows us to maintain optimal health? This system is called the Endocannabinoid system,  a network of receptors found in the central & peripheral nervous systems, brain, immune cells, fat, and muscle that interact with receptors found in cannabinoids. The Endocannabinoid System is made up of three parts: endocannabinoids, receptors, and enzymes.  This system was first discovered in the 1990’s by scientists who were seeking to identify how THC affected the body. Through their research, they uncovered this intricate system of receptors displayed in the nervous system. They also identified the structure of the CB1 and CB2 receptors.

Scientists have concluded that the Endocannabinoid System plays an essential role in our body’s biological functions. The ECS promotes homeostasis, which affects sleep, inflammation, pain, and other bodily functions and allows the body to operate at an optimal level.  The term “homeostasis” gets thrown around quite a bit, so it is necessary to explain the concept in more detail from a biological perspective. Homeostasis refers to the body’s ability to maintain a balanced internal environment, notwithstanding changes that occur outside of the body. The regulation of one’s body temperature through sweat or the thirsty feeling one gets after eating salty foods are examples of homeostasis. Both instances show your body’s desire to keep a stable condition. In addition, main organs such as skin, lungs, muscles, kidneys, etc…. are involved in homeostasis. With that being said, let’s dive into how endocannabinoids and cannabinoids, such as CBD, come into play.

This is where cannabinoids such as CBD take shape, also binding to the receptors and affecting the body. After entering the body, CBD can bind to and interact with the CB1 receptors in the brain/central nervous system and the CB2 receptors scattered throughout the body. As a result, the Endocannabinoid System is able to function at a necessary level. 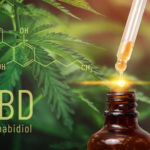 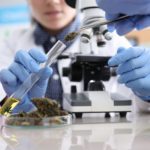 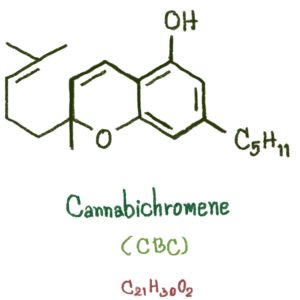